Mixing cars and pedestrians can be a potential recipe for disaster. It doesn’t matter if you’re in the suburbs, the heart of the city, or even out in a rural area; having vehicles and pedestrians using the same roadways sometimes doesn’t go well. And when things go wrong, you will need an experienced pedestrian accident lawyer to help you recover what you are owed.

Often, in an accident involving both a person and a vehicle, it’s a struggle to tell who is responsible. Many people leap to accuse the driver simply because he or she was the one with a vehicle. However, pedestrians can dodge into traffic without warning or may even wander in front of a car due to distractions.

Determining where the blame lies can be a difficult thing and relies on a deeper understanding of exactly how cars and pedestrians interact together on the road. This article examines some related statistics to get a better picture of this. It also takes a look at what people on either side of the accident should do in the immediate aftermath and with the aid of a pedestrian accident lawyer, as this is one of the most crucial periods for action and can alter your options for compensation, protecting yourself in court, and more.

The Dangers of High-Traffic Areas

High-traffic areas can usually be found in the center of cities or other bustling hubs. However, the term can apply to populated sites in suburbs or rural areas with a lot of farming equipment being moved to and fro.

In a high-traffic area, you’re going to get the biggest mix of cars, pedestrians, and other vehicles. Several dangers of this particular mix include the following:

Distractions are often plentiful in these places too, and as you may know, higher levels of distraction lead to the possibility of more crashes. For example, drivers or even pedestrians who are distracted with their cell phones could easily end up hitting – or being hit by – someone because they aren’t paying attention to their surroundings.

In areas that are known to have high traffic, tactics are often employed to cut down on these dangers. These tactics can include putting in more crosswalks, warning at crossings with lights or sounds, and creating ways to divert the flow of foot traffic around vehicles.

Unfortunately, even taking all of these steps isn’t always enough to prevent crashes from happening. Like any other type of accident, these crashes can be unpredictable, may happen without warning, and are sometimes unavoidable.

Examining the statistics of pedestrian accidents is one important way to better understand where the risks lie and what can be done to avoid them. A period from 2010 to 2014 was examined, and within this time frame, it was found that 24 pedestrians were killed in accidents with vehicles.

Out of a total of 645 fatalities over the years, this means that 0.93 percent of all car-related deaths involved cyclists and 3.72 percent involved pedestrians within the state.

The statistics for pedestrian crashes on a national level show a much wider number of injuries and fatalities, however. According to the National Highway Traffic Safety Administration, 4,735 pedestrians were killed in 2013 alone. Pedestrian accidents also resulted in 66,000 injuries. When broken down further, this translates to one pedestrian being killed every 2 hours and one being injured every 8 minutes.

It should also be noted that statistics presented in this manner don’t include accidents that happen on private property, such as in driveways or parking lots. This means that, conceivably, the number of people injured or killed in pedestrian-related crashes is actually higher than the numbers shown.

Outside of that, another notable fact is that pedestrian accidents are often more deadly than other types of accidents. This is because a human without any sort of protection is clearly outmatched when going up against a vehicle. The statistics for pedestrian crashes are somewhat similar to those for motorcycle crashes. Motorcyclists suffer from a similar problem in which their smaller, much less protected vehicles are often no match against a large car.

This makes pedestrian accidents a bigger risk for pedestrians than drivers almost every time. This is also why pedestrians are often assumed to be the victim by default, even if that might not be the case.

What You Should Do If Involved in a Pedestrian Accident

Depending on which side of the accident you’re on, there are different things you will want to do in the aftermath.

The actions you should take after being hit by a car are largely dependent on you being able to take actions in the first place. This isn’t always possible, especially if your injuries are serious enough to render you unconscious or immobile. In that case, you will want to do as much as you can after recovering, such as contacting police to tell them your side of the story.

However, if you’re able to do so directly after a crash, you should do the following:

After the immediate aftermath has been dealt with, you will then need to move on to things such as dealing with medical bills and insurance companies, hiring a pedestrian accident lawyer, and other longer-term hurdles.

Many of the same points listed above still apply to you as a driver. You want to record the incident as clearly as possible through pictures and recorded or written statements. You’ll also want to call the police. Of course, the first thing you should do is make sure that both you and the pedestrian aren’t suffering from severe injuries. If it’s safe to do so, you should try to move your vehicle off the road or get out of the way of incoming traffic and help the pedestrian to do the same. However, be careful if you’re moving an injured person, as you may cause further damage without intending to.

Additionally, there is one thing that you should remember above all else: Never leave the scene of the accident.

It’s only natural for you to feel panicked or scared if you hit a pedestrian even if you don’t believe you’re at fault, such as if he or she dodged out in front of you with no warning. But the last thing you ever want to do is leave the scene. This can set you up for being accused of a hit-and-run.

Hit-and-run accusations are quite severe, and these incidents can be considered either misdemeanors or felonies depending on the extent of the injury that’s suffered. Not only that, but it could make you look guilty in the eyes of law enforcement or the court if you flee the scene, even if that isn’t the case.

Additionally, if it’s determined that the crash itself is not your fault, you can still be held accountable for leaving the scene. This is often counted as a separate crime that can still apply to you regardless of how other charges pan out.

This is the big question: Who exactly is to blame when a car gets into a crash with a pedestrian?

Like any other accident, the blame can fall on either party depending on the circumstances behind the crash. A driver can be at fault, but a pedestrian can be, too. The “law of negligence” is applied to determine fault in cases like this. In other words, the party that was behaving in an unlawful or careless way is likely going to be the one who carries the blame for the accident.

For drivers, negligent behavior can include the following:

In essence, these are the same problems that could get drivers in trouble no matter who or what they get into an accident with. Distracted, impaired, or reckless driving behaviors can result in misdemeanors or even felony charges.

For a pedestrian, negligence can come in these forms:

Unfortunately, in most car versus human cases, the pedestrian is going to be the one who has more severe injuries. However, that doesn’t negate the fact that he or she may carry the blame.

Pedestrian accidents have become a serious problem nationwide. The number of pedestrians... 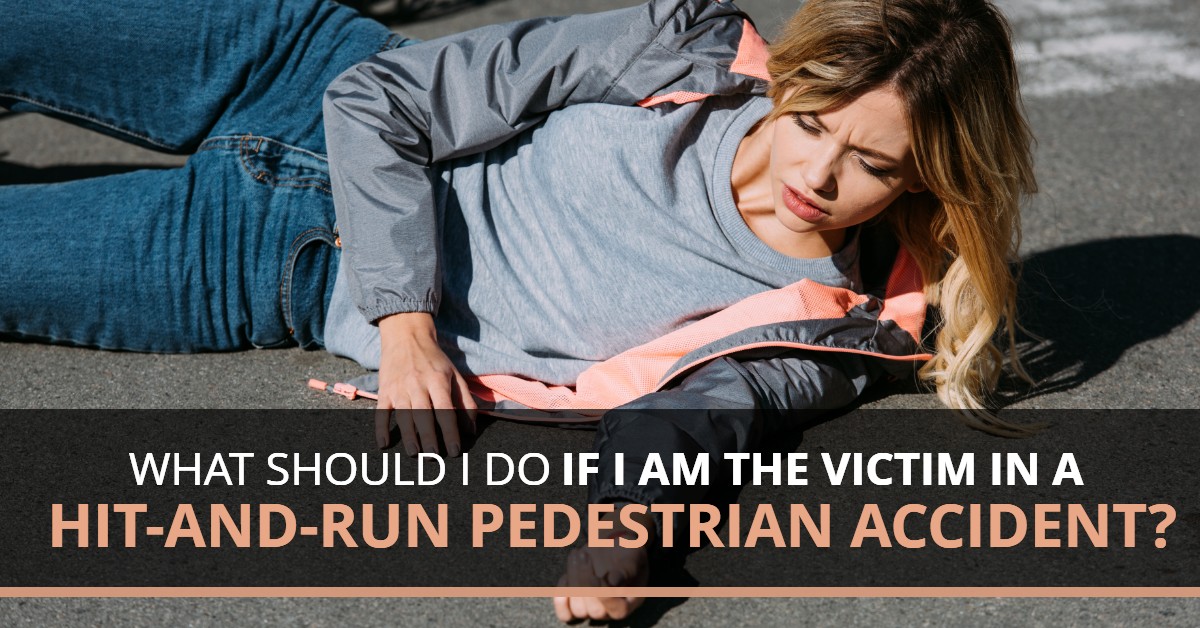 Throughout the years of handling accident cases, we have represented numerous pedestrians,...